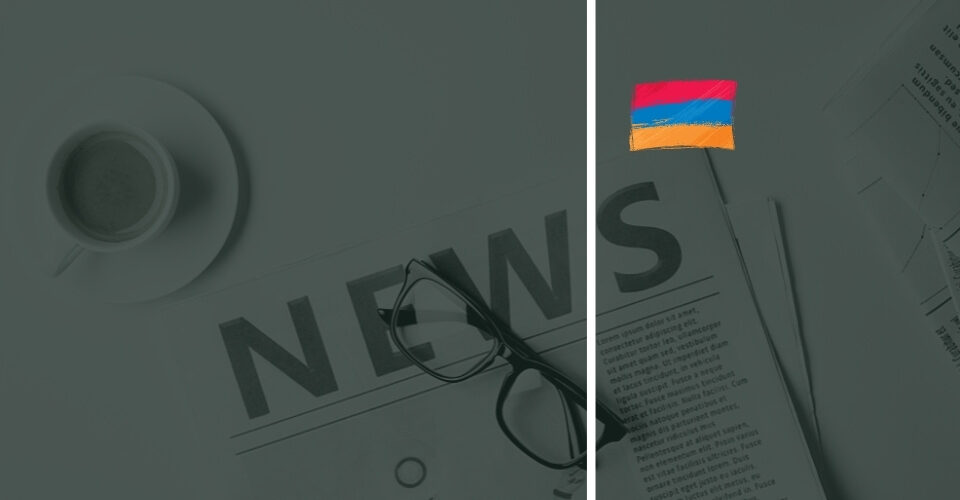 8 Armenian News Websites You Can Trust

Fast and drastic changes in the field of politics and international affairs make following the news and staying informed rather overwhelming.

Additionally, in times of continuous political shocks that lead the country and its people to polarization and take on different attitudes regarding the situation, it is essential to follow media outlets that provide accurate and timely information in an unbiased manner.

Here are 8 websites to check out to learn about what is going on in Armenia and be informed about the latest news.

Founded by the government of the First Republic of Armenia in 1918, Armenpress is the first and the oldest state-run agency. Today, the Armenpress website produces multiple newlines, including official state news, politics, economy, regional, and international.

Armenpress is a member of international media organizations and has signed agreements with such leading news agencies as Reuters, TASS (Russia), and Xinhua (China).

Armenpress publishes numerous articles every day, without missing any Armenia-related event. Overall, Armenipress is a trustworthy news provider with information available not only in Armenian, Russian, and English but also in French and Arabic.

Being the first Armenian online news agency, PanARMENIAN.net is an information-analytical website that provides timely and concise information regarding the main events of the social and political life of Armenia.

The website also covers all international events that are in some way related to Armenia. Foreign policy and Armenian Diaspora are other Newsline covered by PanARMENIAN.net in Armenian, English, and Russian.

One of the most popular news websites in Armenia. People follow Tert.am primarily on Facebook as a media outlet that provides prompt news, covering the most important developments in Armenia and in many cases broadcasting live on the scene.

Published since 2001, Hetq or Hetq Online is an online newspaper founded by the Association of Investigative Journalists NGO. The website has been praised for its contribution to the struggle against corruption in Armenia.

In fact, the website has received international awards from Transparency International, World Wildlife Fund (WWF), and Organization for Security and Cooperation in Europe (OSCE) for shedding light on such important issues as corruption and environmental problems in Armenia.

Aside from investigation, Hetq covers such newlines as politics, economy, and society, local and regional developments, and much more.

CivilNet is an online television and media source that focuses on human rights and democracy in Armenia. It also aims at strengthening ties between Armenia and the Armenian Diaspora.

Numerous interviews and discussions on the website help to gain insight into what is happening in Armenia and why.

Zartonk Media is a new-age independent news outlet. Founded in 2019 in Los Angeles, California, the aim of Zartonk Media is to shed light on what is happening in Armenia and initiate discourse on important internal issues of the country, thus contributing to their solution.

Unlike many other Armenian media outlets that are mostly active only on Facebook, Zartonk Media regularly updates its Instagram and Twitter accounts. This gives Armenians an opportunity to share local news with a larger number of international users and raise awareness of critical matters.

Once claimed as one of the most ‘neutral and objective’ newspapers in Armenia, Aravot is a politically independent daily newspaper and online media outlet.

Founded in 1994, Aravot has been highly critical of all authorities of Armenia which people find to be proof of its unbiasedness.

The website covers the most important local, regional, and international events of the day as well as publishes analytical articles on recent developments.

Mediamax news agency is one of the first agencies in the Armenian market. Unlike most news websites, Mediamax is not followed to keep up with the latest news but rather to develop an analytical viewpoint on the recent happenings in the county and regional and international developments.