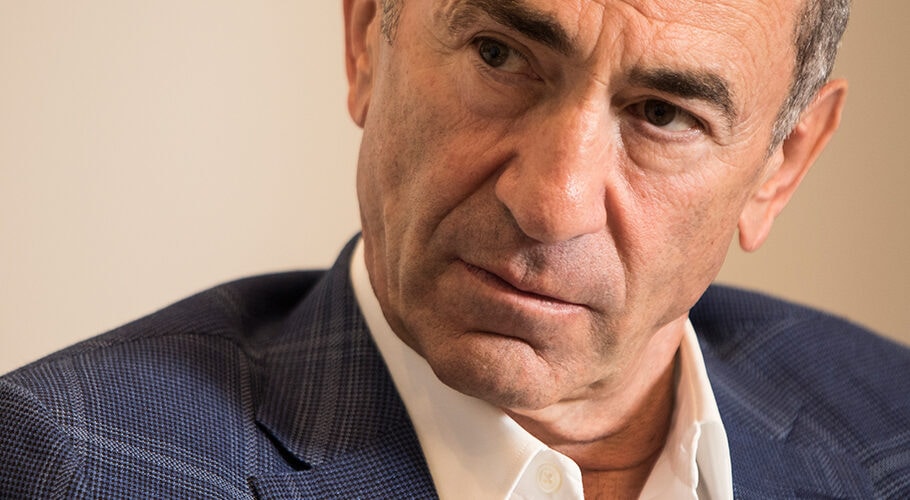 In an attempt to overcome the post-war crises, the prime minister of Armenia Nikol Pashinyan announced the scheduled date of snap elections – June 20, 2021.

Against the backdrop of the decreasing popularity of the incumbent prime minister, many political figures previously in power show intentions of returning to active politics. The second president of Armenia Robert Kocharyan is one of them.

President of Armenia from 1998 to 2008, Kocharyan is determined to take part in the upcoming parliamentary elections and win. Absent from the political scene for years, he seems to be making a comeback in the toughest times. As it was the post-war period in the 90s when Kocharyan came to power, many believe he has the authority and needed experience to revive the country now too.

Though the situation was grave in the 90s and early 2000s, the country seems to be in an even deeper political crisis at the moment. Aside from the deepening internal crisis, Armenia is facing economic challenges too.

While the country’s economy grew by 12% annually during Kocharyan’s presidency (2001-2007) and Armenia could overcome the post-war challenges to a certain extent, many are not delighted for the ex-president’s comeback.

This is largely because of one of the bloodiest events in the history of independent Armenia – presidential election protests on March 1, 2008. Nonetheless, Kocharyan is one of the few political figures that has a relatively large number of followers thanks to his long political career. Aside from serving as president of Armenia for two consecutive terms, Kocharyan was also the president of Nagorno Karabakh from 1994 to 1997 and prime minister of Armenia from 1997 to 1998.

When one of the leading figures of the 2008 protests Nikol Pashinyan came to power in 2018, a new impetus was given to the March 1 criminal case.

Charged with the overthrow of the constitutional law, Kocharyan was arrested in 2018 within the scope of events of 2008. As he was still president during these events and handed the reins to his ally Serzh Sarkissian only on April 9, 2018, Kocharyan is held responsible for the death of 10 people during the protests.

After over two years of trials with no significant developments, Armenia’s Constitutional Court ruled to drop the case on March 26, 2021. The Court declared that Article 300.1 under which former president Kocharyan is charged “contradicts to Articles 78 and 79 of the Constitution of the Republic of Armenia and is declared void.”

This disappointed many of Pashinyan’s followers as one of his promises was to perform a judicial reform, solve the March 1 case, and punish the ones responsible for the night that took the lives of eight protestors and two police officers.

Despite the appeal of the Prosecutor General Artur Davtyan, the Court acquitted Robert Kocharyan in the March 1 case on April 6. Ex-president Kocharyan is still on trial for corruption.

Since the start of negotiations between Armenia and Azerbaijan, Armenian authorities seem to have always remained within the principles of realpolitik.

They have always pursued the goal of solving the Nagorno Karabakh issue in a way acceptable both by Armenia and Azerbaijan despite the numerous proofs of Nagorno Karabakh being an integral part of historic Armenia.

Notwithstanding the constant efforts of Armenians trying to prove to the world that Artsakh is Armenia, those around the negotiation table have always refrained from making any historical claims.

Being one of the leaders of the Karabakh movement, Kocharyan was the first to make a claim of a historical nature. In 2003, Kocharyan stated in his speech at a Council of Europe conference that “Nagorno Karabakh has never been part of independent Azerbaijan.”

During the years of his presidency, Kocharyan continued negotiations with Azerbaijan to reach a peaceful resolution for the Nagorno Karabakh issue. He was in favor of the package deal that implied the final status of Nagorno Karabakh.

However, despite years of negotiations, including with the intervention of the OSCE Minsk Group, Kocharyan left behind the unresolved issue of Nagorno Karabakh that was bound to become more and more complicated with time.

Democracy and Joining the CoE

Few people will associate the years of Kocharyan’s presidency with democracy. In fact, post-war Armenia, healing from traumas and facing numerous socioeconomic challenges, couldn’t adopt democratic values quickly. With this in mind, Armenia’s overall democracy score was 4.09 in 2008. It ranked among the countries with the hybrid regimen which was quite impressive for the time.

It should be noted, however, that despite the steadily rising democracy score, not everything was going smoothly. Elections held in the late 90s and early 2000s did not always meet international standards and the number of attacks on journalists was concerning.

A notable event from the years of Kocharyan’s presidency was Armenia becoming a member of the Council of Europe. In January 2001, the Armenian delegation flew to Strasbourg to sign the documents of membership. Despite its democratic indicators being lower than Armenia’s, Azerbaijan became a member of CoE on the same day.

As democracy is one of the core values of the Council of Europe, Armenia’s membership of  CoE marked a momentous milestone for the country’s development, especially during the critical post-war period.

An Old-Trick Well-Done Better Than a New Trick with No Effect?

The success of the 2018 Velvet Revolution led by the present prime minister Nikol Pashinyan came under a veil of democracy. And while in the beginning phases of the post-revolution period people were proud of the new values introduced to society, many questions arise now.

Was democracy truly new to Armenia? And have the democratic values of the Velvet Revolution started to fade?

One of the first signs of Pashinyan’s fading democratic values is the new restrictive policies the leading party adopts, including increased fines for defamation and use of anonymous sources.   Press freedom groups continue to present objections against the restrictive bills and increased fines.

The Human Rights Defender of Armenia Arman Tatoyan is also concerned about the rising pressure and restrictions the ruling party is putting on journalists and the media.

A recent incident to put the democratic values of Pashinyan’s government under doubt was minister Hakob Arshakyan punching a journalist in a café. Receiving a lot of backlashes, the minister of High-Tech Industry resigned, apologizing for his behavior.

The government didn’t address the incident except for the PM spokesperson Mane Gevorgyan stating that minister Arshakyan’s dismissal was not considered.

The recent EIU Democracy Index report has proven what internal developments have been leading to in the past few months. Armenia fell from 86th to 89th place in the EIU’s Democracy Index, remaining in the category of ‘hybrid regime’ with a democracy score of 5.35.

The primary reason for the downgrade is the martial law that Pashinyan’s team kept in effect months after the war was over in order not to allow anti-government protests to gain momentum. This came as another hit to Pashinyan’s popularity that is continually declining against the backdrop of concerning demarcation processes, Ilham Aliyecv’s threatening claims, and countless internal socioeconomic issues.

With elections around the corner, Armenians have to choose primarily between the former authorities and the present ruling party. While a large number of people refuse to give the reins of power to anyone from the past, many connect with political figures like Robert Kocharyan at an emotional level.

Having name recognition and experience in ruling a post-war country, Kocharyan is Nikol Pashinyan’s primary rival in the upcoming snap elections.