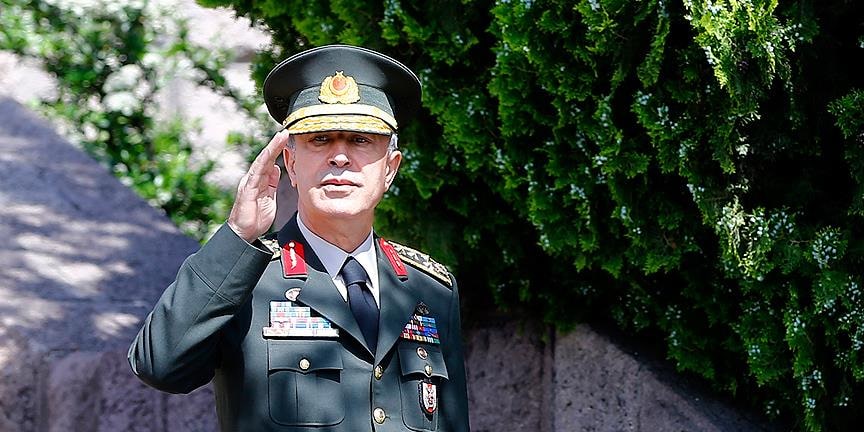 After U.S. President Joe Biden officially recognized the ”Armenian Genocide“, Turkey kicking and screaming and trying to justify their history was to be expected.

One of those advocates for Turkey is Hulusi Akar, the Turkish Minister of Defense himself. In an article published by Real Clear Defense, he stated that the deportation, torture, and mass killing of ethnic Armenians in the Ottoman Empire was not an act of genocide

When the news came out that Joe Biden plans to officially recognize the Armenian Genocide, both Turkey and Armenia collectively held their breath in anticipation. For Armenia, this was a big deal as this would be the first U.S. president to honor their people’s suffering and acknowledge the injustice their ancestors suffered at the hands of the Ottoman Empire.

But Turkey being a long-time U.S. ally and a member of NATO, prevented presidents in the past to breathe a word about the genocide no matter how obvious the whole matter was.

But on the 24, April 2021, on the Armenian Remembrance Day, Joe Biden stated: “Each year on this day, we remember the lives of all those who died in the Ottoman-era Armenian genocide and recommit ourselves to preventing such an atrocity from ever again occurring.”

Two days later, Erdogan gave a statement in a national broadcast, saying Turkey does not recognize the Armenian genocide and that Biden has taken a ”wrong step” with ” groundless and unfair” comments.

This was not the first time Erdogan defended his country on this matter, and in the past, he used to say all accusations of genocide during WWI were slander against Turkey.

Akar was fast to defend its country with what should be serious history doctoral research, only if it was true. His report titled was pulling facts from the U.S. report called  “Conditions in the Near East. Report of the American Military Mission to Armenia.”

showing what was the exact situation with Armenians in 1920. What he compiled was published by a majority of Turkish media and he received praises at every step.

In his article, ”Lessons from General Harbord,” implying on Gen. James Harbord was sent to the region in 1919 to investigate the Armenian situation, Akar claims that the deaths of Armenians were just an unfortunate side-effect of the dissolution of the Ottoman Empire. In simple words, he wants to say it was all an accident, and that ”it just so happened”, but also that it happened to other groups besides Armenians.

He heavily describes that it was the pro-Armenian lobby that smeared Turkey’s reputation by propaganda, blowing things out of proportion and by pressing the genocide to be recognized for centuries.

“In fact, Ottoman Armenians lost their lives under the harsh conditions of the First World War, which is when a relocation took place,” Akar wrote. “Other Ottoman citizens also died because of epidemics and migrations, as well as acts of sedition spearheaded by gangs and armed groups that escalated as a result of the weakening of state authority.”

But while Harbord’s report doesn’t use the word genocide, the detailed reencounter of the killings and displacement of Armenians says it all.

,, …Massacres and deportations were organized in the spring of 1915 under a definite system, the soldiers going from town to town. The official reports of the Turkish Government show 1,100,000 as having been deported. Young men were first summoned to the government building in each village and then marched out and killed. The women, the old men, and children were, after a few days, deported to what Talaat Pasha called “agricultural colonies,” from the high, cool, breeze-swept plateau of Armenia to the malarial flats of the Euphrates and the burning sands of Syria and Arabia…”

,,…Driven on foot under a fierce summer sun, robbed of their clothing and such petty articles as they carried, prodded by bayonet if they lagged; starvation, typhus, and dysentery left thousands dead by the trailside.

The ration was a pound of bread every alternate day, which many did not receive, and later a small daily sprinkling of meal on the palm of the outstretched hand was the only food. Many perished from thirst or were killed as they attempted to slake thirst at the crossing of running streams…”

The fact that Armenian genocide scholars use the same report as proof of genocide tells you how much Akar has sifted the report to serve his needs.

So if the report states that Armenians were targeted for their race and Christian faith, no matter the number of casualties, isn’t that the very same definition of the word ”genocide”?