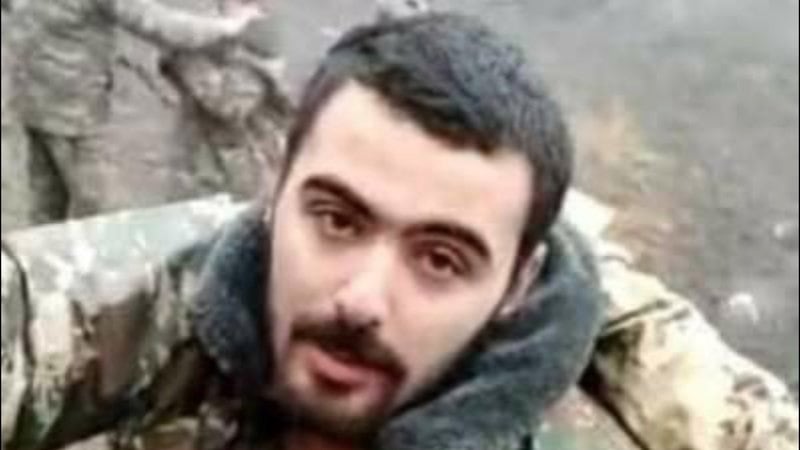 The Fate Of Armenian Prisoners Of War Hangs In The Balance

As a result of the war broken out in Nagorno Karabakh on September 27 between the armed forces of Armenia and Azerbaijan, around two thousand Armenian soldiers have been martyred, thousands more wounded, hundreds missing and dozens known to be captives.

However, as the sides have come to a ceasefire agreement, and the returning of Aghdam and Kalbajar districts to Azerbaijan is taking place accordingly, the question of the Armenian prisoners of war is still pending.

According to the ninth point of the document of capitulation signed on November 10, the two sides have agreed on the exchange of the prisoners of war, as well as hostages and detained persons. This point also suggests the exchange of dead bodies.

As the Armenian armed forces have left hundreds of bodies on the territories that are currently under the Azerbaijani control, the process has been taking days. Additionally, the Armenian side has yet to gain access to the districts of Jabrayil and Fizuli to conduct searches of dead bodies of soldiers and civilians and people whose fate is unknown.

As the abovementioned agreement lacks any dates on the process of returning the dead bodies and exchange of the prisoners of war, the Armenian side is now facing serious issues on safely returning the captured soldiers home..

Most of them have been silent about the numerous war crimes committed by Azerbaijan during the war, such as the use of prohibited incendiary weapons, and the shelling of the maternity hospital and other civilian infrastructures, historical and cultural monuments.

Most of them have been silent about the numerous war crimes committed by Azerbaijan during the war, such as the use of prohibited incendiary weapons, and the shelling of the maternity hospital and other civilian infrastructures, historical and cultural monuments.

However, there is too much evidence for the international community to deny the inhumane treatment of Azerbaijani soldiers, as well as jihadist mercenaries and terrorists toward the Armenian prisoners of war and captured civilians.

In this video #Azerbaijani soldiers humiliate an elderly man, an ethnic #Armenian & subject him 2 overtly inhumane treatment w/ exceptional cynicism.They do it just because he is an ethnic Armenian. Hatred in Azerbaijan towards Armenians is systematic & highly encouraged by state pic.twitter.com/37YFko3Twx

During the 44-day war the Azerbaijani side didn’t fail to use every soldier and civilian captured to influence the Armenian society. It is not a secret that Azerbaijani soldiers are essentially ‘trained’ to torment the captured Armenians physically and psychologically, thus demoralizing the society and affecting its mental immunity.

Arman Tatoyan has reported more than once about the Azerbaijan’s atrocities. These reports are grounded by dozens of videos published and spread by the Azerbaijani armed forces. What is seen in these videos is beyond human imagination – cutting ears and heads of the captures while they are still alive, mocking the dead bodies with extreme cynicism.

At least one of these undeniable war crimes has been investigated and confirmed by international media.

Although the war is over, Russian peacemakers are in the area of conflict to prevent any incidents, and the ‘occupied’ districts are returned to Azerbaijan as agreed, numerous videos of Armenian prisoners of war are circulating on the internet showcasing gross violations of the requirements of the Geneva Conventions.

Dear @antitorture_WCL: Below is the evidence on torture, execution & mutilation of Armenian POWs by Azerbaijan. We urge you to engage to secure immediate handover of 200+ POWs to @ICRC for safe return. Armenian people≠ trophies. Please engage #UntilTheyAreHome 🙌

According to Artak Beglaryan, the Ombudsman of Artsakh Republic, there are up to 60 prisoners of war in Azerbaijan. Thirty of them have been identified based on the videos on the internet clearly showing the faces of the captured soldiers.

The number of the captives is bound to rise as new videos featuring Armenian soldiers being tortured and treated inhumanely are found on the internet almost daily since the ceasefire agreement.

The last district to be returned to Azerbaijan on December 1 is Lachin. Many are concerned that once the issue of the territories is more or less solved, the chances of returning the Armenian prisoners in near future will be missed.

What is more concerning is the disturbing news of Azerbaijan’s plans to involve Armenian captives in the ‘victory parade’ that will supposedly be organized mid-December.

Despite the consistent work of the Human Rights Defender Arman Tatoyan, Ombudsman of Artsakh Artak Beglaryan, and human rights advocate Artak Zaynalyan working closely with the European Court of Human Rights, there is still no progress.

Stop the physical and moral torture of captured Armenians

The Armenian Interagency Commission on the POW, Hostages and Missing Persons holds sessions to discuss the roadmap of returning the captives to Armenia. Unfortunately, no dates or details on carrying out the agreement on the exchange captives are known.

And while the Armenian side has Azerbaijani captives too, there aren’t as many. Additionally, they are treated well and the Baku seems to not be worrying about getting his soldiers back.

Armenia Is Country of Destination, Country Of Transit & Country Of Origin

Who Will Succeed Nikol Pashinyan As Armenia’s Prime Minister in 2021?